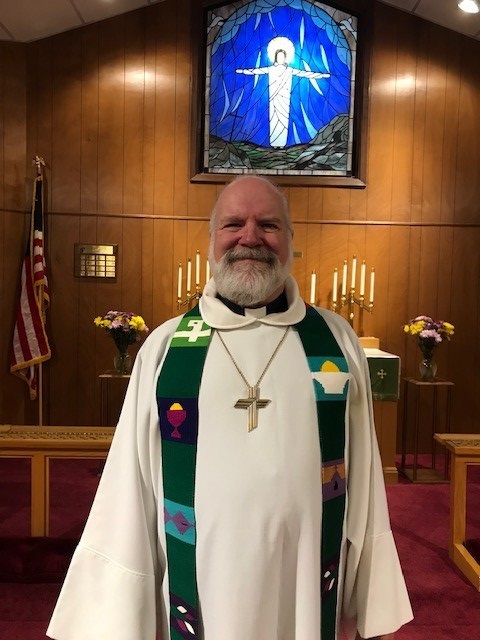 For those that are looking to find an LCMS church that primarily offers Traditional Lutheran Services you have found a home! We have recently moved to the Lutheran Service Book for our liturgy and hymns. St. Paul was founded in 1900 and primarily serves the Wallis, East Bernard, Simonton, Weston Lakes, and Fulshear Texas area. Several families travel from distant parts of the Houston area as well. We have a fellowship time after each service where the congregation and visitors can meet over a cup of coffee and a treat to talk. We are a small congregation but behave like a welcoming family. We hope this sounds like a place where you would like to come worship Christ and get to know us.

Pastor Houppert was born in Mobile Ala in 1954. He lived in Mobile until moving to Concordia College in Ann Arbor MI. He completed his undergraduate work in 1979. In the following year he graduated with a double major in Psychology and Sociology. He received his Bachelor of Arts degree in 1980.

Following college, Pastor Houppert enrolled at Concordia Seminary in St Louis, MO. He completed his Master of Divinity at seminary and graduated in 1985. He was Ordained into the Office of Holy Ministry on August of 1985 at his home congregation, Grace Lutheran Church in Mobile AL.

While at seminary, Pastor Houppert met his wife, Linda Susan Kaiser. They were married on August 24, 1985. Linda was his love and support for over 19 years. Linda developed unsurmountable health problems and was called home to be with our Savior and Lord Jesus on April 25, 2003. She awaits the resurrection of all flesh on the last day when Jesus calls all His saints to new life.

In his ministry Pastor Houppert has served six congregations. His first was his vicarage at Immanuel Lutheran, Whapeton ND from 1982-1983.

After graduation from the seminary, he served as Pastor at:

Come visit St. Paul and worship with us!

This entry was posted in Recent News. Bookmark the permalink.